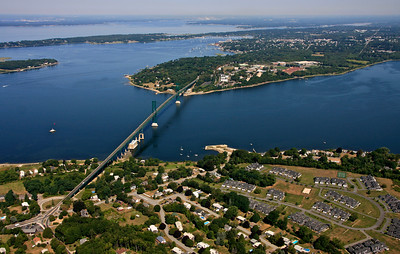 “Sometimes to chase after your future, you have to stop running and plant yourself in one place. Take a stand and fight for what you want. And know that even after the darkest of nights, the dawn will come. And you will find a place where you don’t have to hide. A place to call home.” – Carrie Bradshaw, The Carrie Diaries

Carrie Bradshaw (the AnnaSophia Robb portrayal) says this after she decides not to go to Malibu with Sebastian. As I approach my 21st birthday, I’m starting to realize all that I’ve been through this past semester. Sure, it didn’t go as planned — nothing ever does! I’ve been places, I’ve seen/tried new things, met new people, and I’m transferring to a new college to pursue a degree in Creative Writing — all because I stayed in Rhode Island to fight for my life and for what I want. Rhode Island has become my adopted home, and I feel like I’ve been living here forever. And since living here, I’ve discovered the things that are worth standing up and fighting for.

I was originally going to write about how to achieve a healthier lifestyle, but I decided to save that for a Her Culture article. After finishing The Carrie Diaries on Netflix, I naturally sobbed… in the corner of a coffee shop lounge because I’m just sooo subtle, right? I started to think about my own future. My heart, right now, is settled in Rhode Island. I’m determined to make a name for myself instead of feeling like I have to be somebody else. As much as I love the city, I find more comfort by the water. But I’ll get to the city someday (but hopefully to New York or Boston for grad school).

This involved some bittersweet sacrifices. On Sunday, I said “that’s a wrap, SAC!” and proceeded to crying on the way home while listening to “I’ll always remember you,” “Wherever I go,” you know, those Hannah Montana songs that are bound to make you shed a tear or two (or a million). But, as a writer, I must say, when a chapter ends, you start another one because my story isn’t over yet, as said on my tattoo. This is when my mom would say, April, snap out of it, you’re going to see your friends over the summer. Well, some people are worth crying in the car for. ☺

I’m going to be 100% candid here, as always, and confess that I never thought I would make it to 21 years old. I first said this when I was 18 and at my lowest point. Well guess what? I’m turning 21 towards the end of the month, and my future is already looking up. I’ve had meetings with Creative Writing professors at my new college (whom are very accomplished, I still can’t get over the fact that I’ll be working with them for the next three years), and I’m in the process of applying to summer publishing internships. In fact, I’m being considered for a fall internship for a Providence-based magazine!

*At this time, I’d like to thank everyone who has been there for me this past semester, y’all know who you are ♥ *