Contrary to what I said two years ago about ostensibly “hating” Valentine’s Day, I actually have always loved this holiday. Even when some kid in fifth grade said “a lot of people throw Valentine’s cards away,” I said, “I save them,” which prompted another kid to say, “seriously?” Why not? People paid money for them, and even if they were “obligatory,” they still had some thought behind them.

I even remember being in elementary school and hating the idea of love, even though I secretly had a crush on Cole Sprouse during his “Suite Life of Zack and Cody” days with his brother, Dylan, Brenda Song, and Ashley Tisdale. 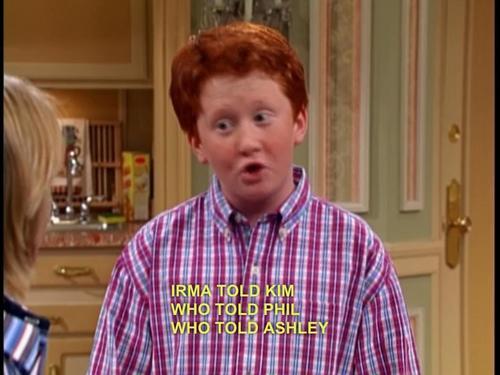 Hey, um, elementary school April? Did you even have experience with love? No. You won’t even have your first love until you’re 19.

I love this holiday because it’s the one day, if not every day, that you can express your gratitude for someone you know. (I’m not saying I particularly “liked” anyone in elementary school.) The thing is, when you show gratitude for someone, they’re willing to do more and vice-versa. It’s more or less of a give-and-take game.

Maybe I was just a closeted hopeless romantic. I remember one of the only things I wanted after the eighth grade was to have a boyfriend, not that I was desperate. I was yearning for the real, romantic-with-a-mix-of-friendly love that I didn’t quite get till now (i.e. my current boyfriend — hi Steve!) On that note, I am grateful to the love I share with him. Despite the last two “chapters” of my life, nothing was quite so meaningful until him.

I feel like I’m fulfilling my Carrie Bradshaw “status” in writing about love. But the truth is, love has no set definition. It’s all that you make of it. It’s not always what you see on television and in the movies. It’s challenging, but it’s a good challenge. It’s funny because it actually is give and take. It’s not really about sex, either, which is not in accordance with popular belief. Some choose to wait, and some choose to do it. But either way, communication is also key to conveying what you want. In fact, I felt as though it were just tonight that my boyfriend and I were getting to know each other all over again. Whatever it was, it felt right.

My point in all this is not to conform to popular culture, or what seems “cool.” In the end, it’s all about what’s right for you.