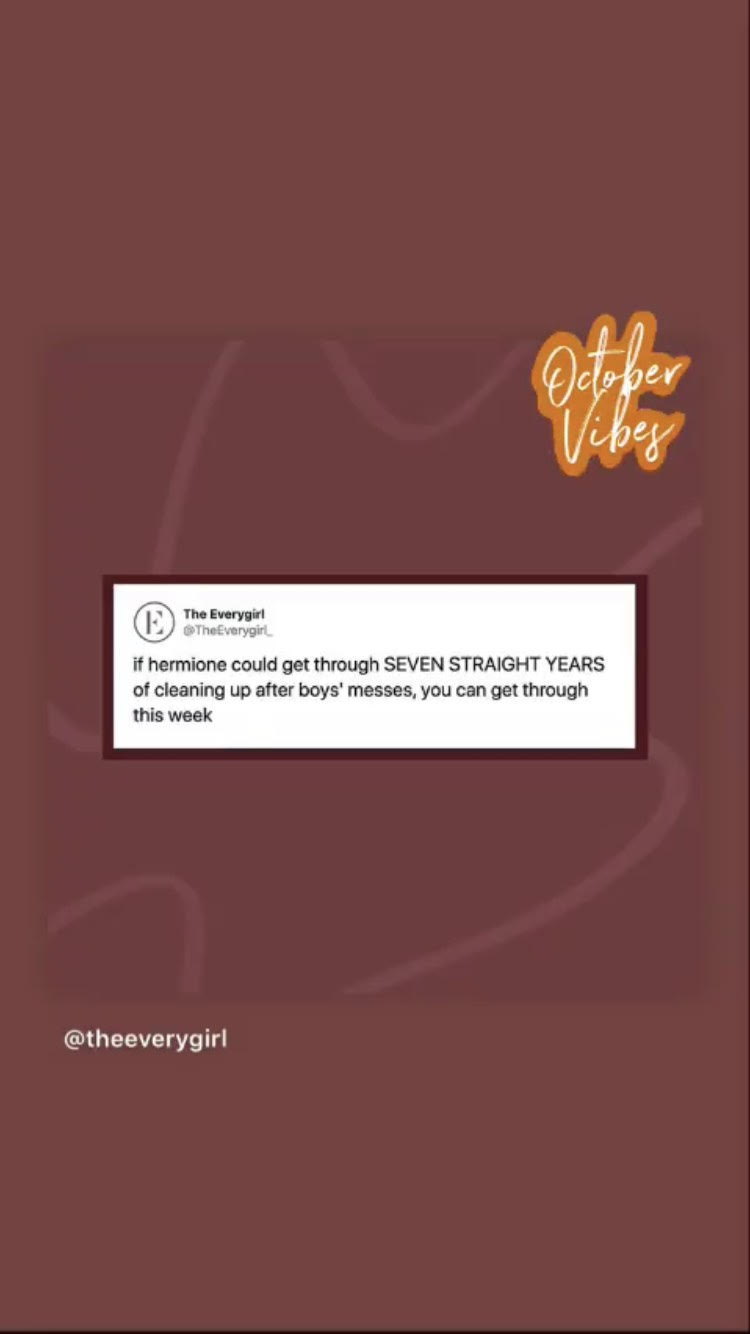 Hello, (A)pril-listers! April here with my first post of the month of October (mainly procrastinating two essays! Yikes! I’m here, to tell the truth about October. October has always been my “worst month,” but it hasn’t been completely terrible beginning in 2017.

October is not only pumpkin spice season, but it is also known as “spooky season.” That term has been thrown around a lot since October’s beginning. But could this ostensible spooky season also be known as anxiety season?

There is no doubt that I suffer from anxiety; I’ve been very open about it. The one thing I get anxious about the most is uncertainty, and this is especially true this week as I spend my free time in between classes prepping for the LSAT. I have narrowed down to [lucky] three law schools. But that is beside the point. October seems to serve as a crucible for students, like myself. Did I mention it’s also Mental Health Day? Perfect timing, April! 👏

My mentor/professor was right: sometimes I do bite off more than I can chew, as they say. In fact, I sat in my therapist’s office, eyes barely open to let tears come streaming out of them. I was exhausted from being super busy. Needless to say, I had to cut one major activity out of my life, which was a shame because I wanted to try it and hopefully make a difference. But as it turns out, I already was making a difference in making my campus safer, one step at a time, according to another mentor of mine. I could go on about how “hustle culture” is extremely toxic and only leads to the inevitable “burning out,” which I have done on more occasions than I can count on ten fingers.

How one perceives of October is a choice, and it’s all about how you make of it. It’s not a fact that October may be a s**tty month because it’s merely a statement of opinion. When you say something often enough it becomes true. This is a manifestation procedure, as said in spiritual terms. It is your choice to make the spooky season less “spooky” and less “anxiety-provoking.” As I sat down with one of my mentors, she mentioned that you have to have self-care methods, this may include a mental health day as well as a cup of green tea with milk and sugar. It just goes to show that talking to people helps, too! I certainly don’t need a degree in psychology to know that there are methods for dealing with each emotion.

Moreover, enjoy “spooky season” while it lasts, and don’t let it become an anxiety season. If it does, use your resources and always ask for help when needed.